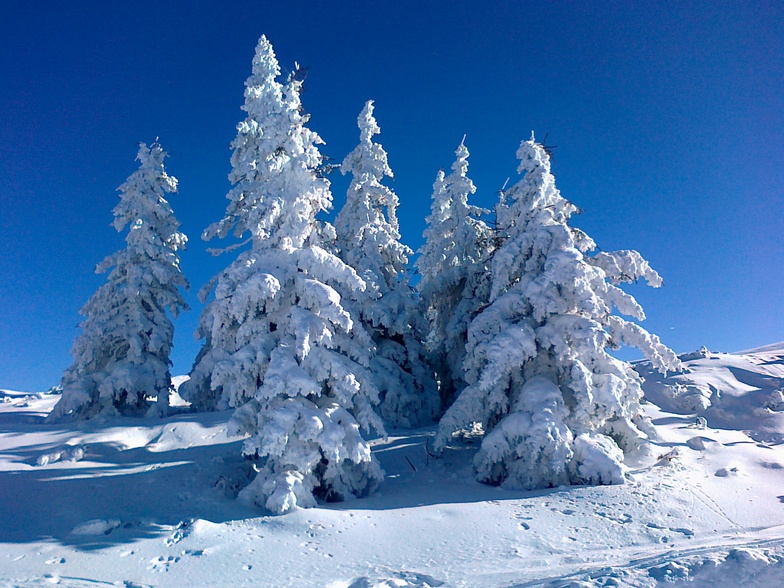 Semaine 4 of October a en moyenne : 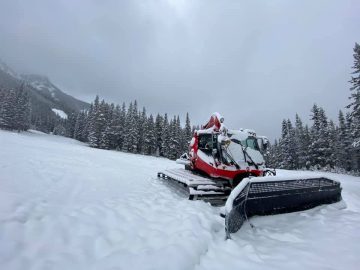 North America’s 20-21 ski season will kick off this Saturday, with Banff in Alberta’s local Mt Norquay ski area opening its slopes. It will be the earliest ever opening in the ski area’s 95 year history and comes after some good October snowfalls and consistent low temperatures in the mountains of Western Canada. “The snow came early, so we got ready early!  Thanks to all the snowfall and chilly temps we've seen lately, we've been busy enhancing the natural conditions with lots of snow-making to get ready for the big day,” a Norquay spokesperson said. The weekend opening is subject to limited ticket sales due to coronavirus restrictions and initial terrain available. Saturday’s allocation quickly sold out. It is quite

We visited Flachau-Reitdorf, (which is one of the major centres of the "Ski Amade" region in Austria) from 31st December to 7th January 2012 and had a superb time. The resort benefits from being a short 50 minutes drive from Salzburg airport, so by catching an early flight on the Saturday, we were skiing by noon and at the end of the holiday we were still on the slopes at 13.00, still with plenty of time to catch the 16.25 flight home! 8 days skiing for a week's trip - excellent value!!

Very little snow had fallen across the Alps until mid December 2011, so I was worried we would be hill walking rather than enjoying skiing, but the resort website gave a categoric "100% snow guarantee", so I felt more optimistic, especially whenever the temperature dropped, they turned on their extensive network of snow cannons. So luckily when we arrived there was loads of snow (170cm at the top and 70cm in the resort). The pistes were immaculately groomed, with one or two black run pistes deliberately left untouched so that you could enjoy the powder snow conditions.

The ski pass was pricey, 256 euros for 8 days skiing, but the ticket does allow you to enjoy up to 860 km of pistes and 270 lifts in the “ski Amade” region that includes the ski resorts of Wagrain, Filzmoos, Zauchensee, Flachauwinkl, Kleinarl, Schladming and 18 other ski centres!

We stayed in a self catering apartment in Reitdorf, (about 2 km from the slopes), with a lovely family, Theresa and Patrick Pilcher (haus.rupert.pichler@sbg.at ) We used a hire car to get to Flachau-Reitdorf from the airport and also to access the other nearby ski centres. Despite all the snow falling whilst we were there, the Austrians are brilliant at clearing the roads throughout the day and night, so there is no problem driving to the ski slopes which all have large, well organised (free) parking. The only down-side of Flachau-Reitdorf appeared to be the free ski-bus system that appeared to be a little slow and inconsistent, especially during the middle of the day, so overall I would strongly recommend hiring a car from the airport.

Flachau-Reitdorf is not a high altitude resort, so there is always concern about enough snow, but as mentioned above, the use of snow cannons in the resort is verging on obsessive. For example, despite 40cm of snow falling one day when we were there, they still turned the snow cannons on! The pistes are mostly red and blue runs with a few black runs, so the resort generally suits intermediate but also ski beginners. If you are a true "black run junky" there are areas of off-piste to keep you entertained, but there is no hiding from the fact that the resort has a shortage of black runs.

Overall, we had a superb family holiday and whole heartedly recommend Flachau-Reitdorf to you.