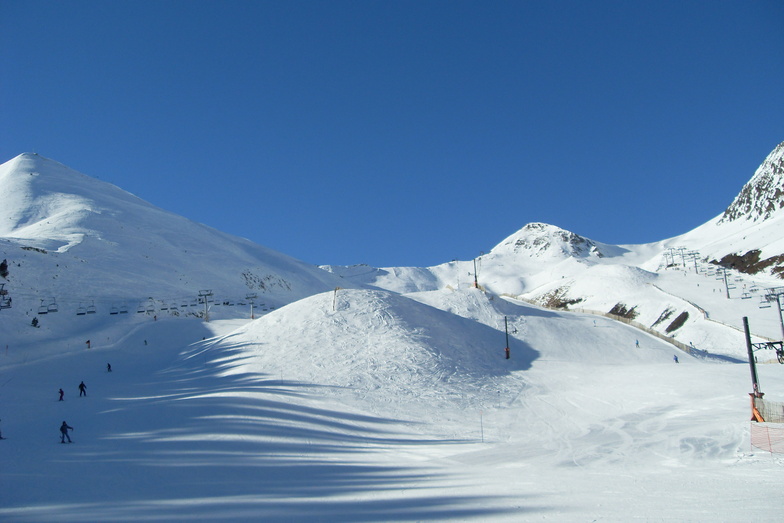 Semaine 3 of August a en moyenne : 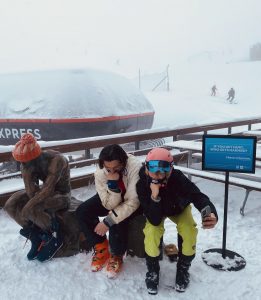 A small part of Paris has been lending a hand on the slopes of Mt Hutt in New Zealand this week. A replica of Rodin’s famous bronze statue ‘The Thinker’ has made his debut on various parts of the Canterbury ski field. The statue’s presence is part of the country’s comprehensive ACC injury prevention campaign which is a government-backed programme that ensures everyone in New Zealand is covered by a no-fault scheme if they've been injured in an accident. Over the past six years ACC have accepted 6,595 snow-sports related injuries in the Canterbury region alone. The idea of ‘The Thinker’, part of ACC’s Preventable campaign, is to encourage skiers and boarders to think before they act and help prevent

Just finished a week in Arinsal. Pleasantly surprised but at the same time can't compare it to bigger names like Tignes, Zermatt, Whistler etc. Very deprived of snow but had a good time nonetheless (and I'm used to spending the whole week off-piste).

Pros:
Excellent piste grooming considering how little snow they had (the majority of off-piste had zero snow unless it was in the trees and sheltered, even towards the top of the mountain).
Lots of sunshine compared to other places (I prefer it snowing but not everyone does...).
Lots of tree runs - with a decent snowfall the off-piste on the Pal side (5 min gondola from the top of Arinsal) through the trees would have been heaven. I did it anyways skiing crud and ice which was *interesting* .
Very quiet slopes on weekdays
Cheap as chips! Lunch usually 5-10 Euros without a drink (a little cheaper as I'm veggie) but would pay at least double that in other places I've been.
Lots of other Brits.
Good snowpark.
Not a huge amount of bars but some very lively ones. Cisco's and the Derby Irish pub were a couple I went to. Bar staff mostly Brits and gave out free drinks like they were going out of fashion at Cisco's
Family friendly.

Cons:
Erratic and less snowfall than major Alps/American resorts. Last season they didn't have a single powder (20-30cm fresh) day according to one of the locals. Similar struggles this season except for a massive dump in November which has now mostly melted. (Global warming...?) Book last minute and watch the weather if you want good off-piste.
Arinsal itself is a very small resort, could easily ski it all (including the off-piste) in a day. Head over to Pal for more to go at.
Lifts are slow compared to major resorts. No bubbles for the chairs either.
Limited advanced skiing. The black runs were great but fast skiers could do most in under 5 minutes, some in a minute or two
4 hour transfer from Toulouse.

Other stuff:
Mixed English ability from staff on mountains (some very good, some not a word). Very few French speakers either which surprised me