Semaine 4 of January a en moyenne : 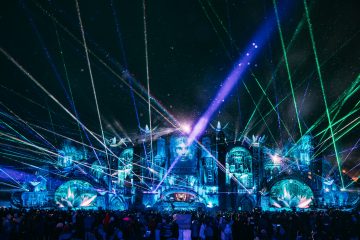 A number of music festivals which were forced to cancel at short notice in March 2020 as the first wave of the pandemic began are beginning to abandon hope that their return this spring can happen. Although no national governments have a yet announced ski areas will stay closed into March, when the festivals are due to take place, any hope of being able to organise events is fast diminishing. Tomorrowland Winter 2020 (above and top) which had been due to be staged in Alpe d’Huez last March was one of the biggest casualties of the fast-moving end to the 2019-20 season. Attracting around 20,000 festival-goers it was already to go with a vast stage built when lockdown was announced.

Wintervacation 2005 NORDSETER
In the first week of March 05 we left for Norway in the Winter. After visiting www.visitnordseter.com on the internet and talking to some friends of ours, who has a cottage in Sjusjoen near Nordseter, we took the SAS plane to Oslo. Great experience, since we never flew before!
In the Nordseter Fjellstue in Nordseter, just above the Olympic city of Lillehammer, we spent a nice week. Friendly people at the Fjellstue and the 'Ski-Utleie' !
We also discovered that crosscountry skiing is far more demanding then downhill skiing !
We were particularly surprised by the quietness around Nordseter. We hardly saw any people and discovered the beautiful Norwegian country just by ourselves.
Nordseter, see you next year !