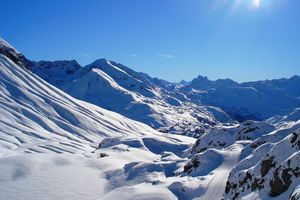 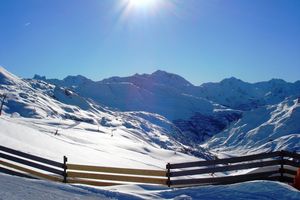 Zurs, in Austria, is a large resort with 34 lifts (18 chair lifts, 11 surface lifts) that offers skiers an impressive 730 metres (2395 feet) of vertical descent. Zurs has 54 pistes with a total length of 110 kilometers (69 miles). Zurs is best suited for intermediate skiers and snowboarders but there is a also a lot of terrain for beginners and experts too. There are 50 kilometers (31 miles) of cross country ski trails at Zurs. For snowboarders, there is a terrain park and a half pipe. A small proportion of the pistes at Zurs are covered by snowmaking. The closest airport is at Zurich but at 3 hours the transfer time is very slow. The nearest train station to Zurs is at Langen. There is accommodation located close to the pistes and a free bus links the other areas on the single Ski Arlberg pass (St Anton, Stuben am Arlberg, St. Christoph, Lech, Warth, Schröcken, Sonnenkopf/Klösterle and Pettneu.) 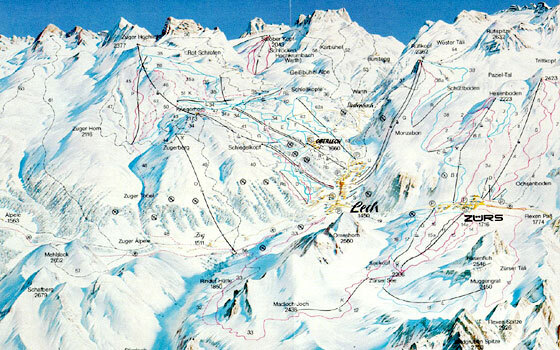 What a shame!
I revisited one of my favourite resorts last Monday as part of a ski safari day in the Arlberg. I have skied Zurs and Lech many times over the past 20 years and have always been impressed by the exclusiveness of the pistes offered in this high end resort; it was what made it so special.

Regrettably, the opening of the Flexenbahn connection (technical marvel that it undoubtedly is with the St Anton sector) has changed all of this for the worse.

Follow the ski circuits 'Run of Fame' and the 'White Ring' and the pistes resemble the M25 after a multiple collision. Sub-standard skiers on narrow connections is never a pretty sight and there were sections that were frankly dangerous. Worse still was the 20 minutes queue for the Ruffikopf cable car in Lech to commence the return leg at 3.00pm in the afternoon; a far cry from even as recently as last year when a mid afternoon ski to Zurs meant no queuing and empty pistes..

To put that in perspective I skied the Gschwandtkopf, which is a little hill in Seefeld, the following day. Small it might be but the American and Norwegian World Cup squads use it for race training when the World Cup is in nearby Garmisch. The slopes were deserted and in perfect condition. Truly millionaires skiing; a classic case of less is more! 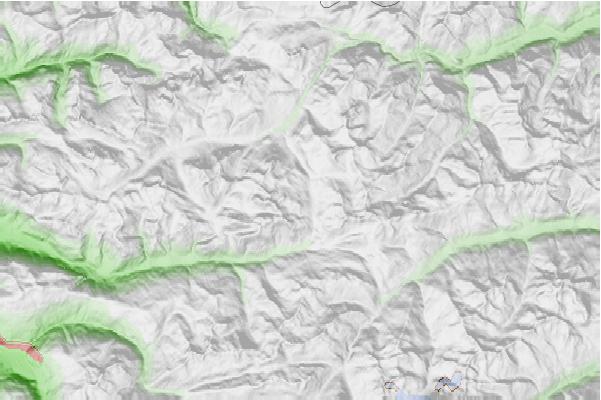